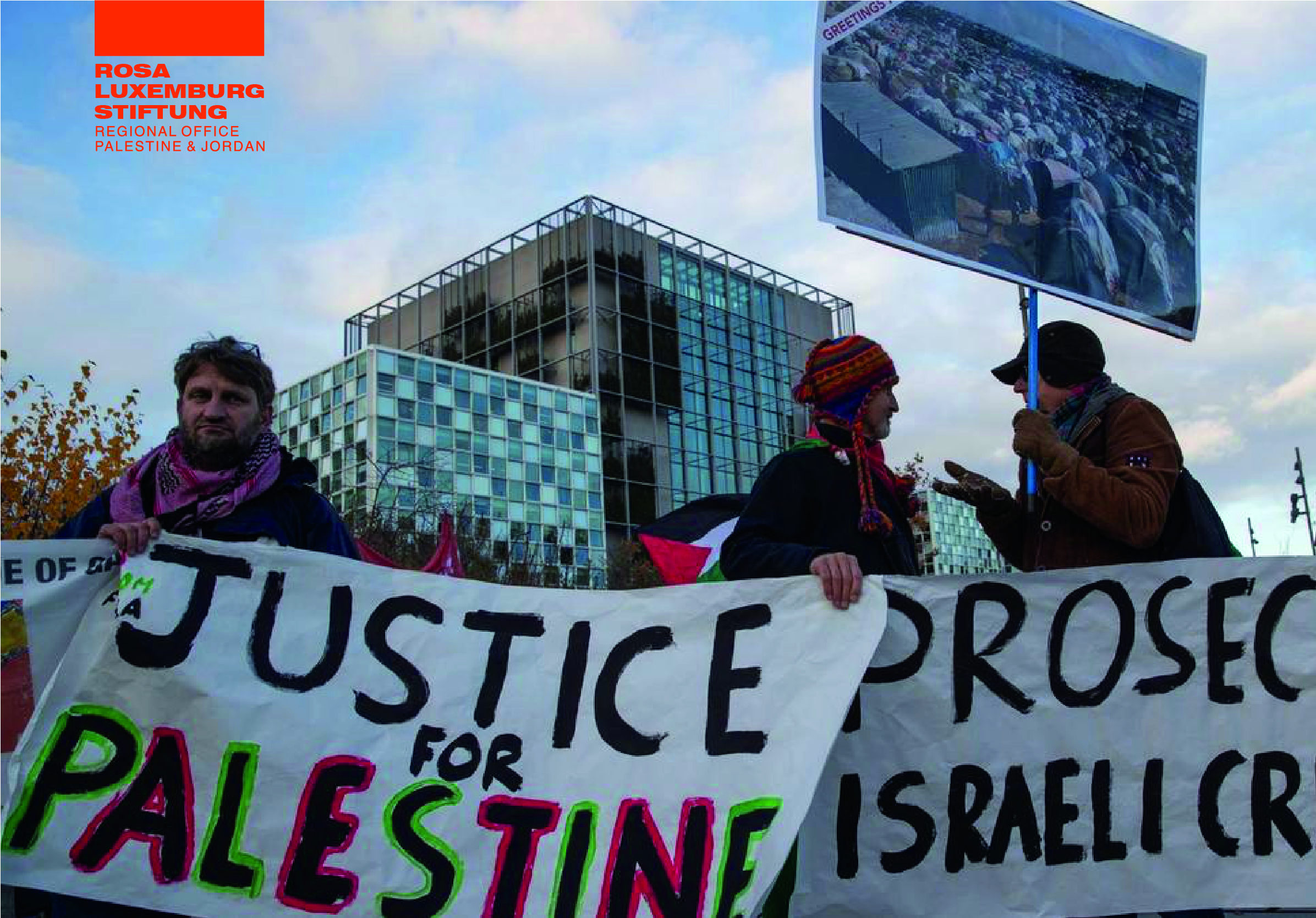 The Pre-Trial Chamber has now ruled that the Prosecutor has the full authority to investigate all ongoing war crimes and crimes against humanity, as well as those that have taken place, at least since June 2014, in the occupied Palestinian territory. It further affirmed that the series of agreements between Israel and the Palestine Liberation Organisation from the early 1990s known as the Oslo Accords, are not pertinent to the resolution of the issue of the Court’s territorial jurisdiction in Palestine.

‘The allegations of grave crimes that could be investigated by the Prosecutor of the ICC include Israel’s actions during the 2014 war against Gaza, the killing and wounding of thousands of largely unarmed demonstrators during the Great March of Return in 2018-9, and Israel’s settlement activities in East Jerusalem and the West Bank. As well, the Prosecutor can also look into allegations of grave crimes involving Palestinian armed groups.’

Investigating war crimes related to the settlement project in the West Bank as well as apartheid as a crime against humanity will require the Court to engage not only with the conduct of individual soldiers and military commanders, but with the entire system and structure of the Israeli occupation. It was the explicit recognition of the criminal nature of the “transfer, directly or indirectly, by the Occupying Power of parts of its own civilian population into the territory it occupies” at Article 8 of the Rome Statute which led Israel to vote in 1998 against the adoption of the Rome Statute. Israeli civilians continue to be unlawfully transferred as settlers into illegal settlements, whose seizure and construction gives rise to the applicability of additional war crimes relating to Palestinian property rights. The Prosecutor’s attention will also be directed to the unlawful blockade of Gaza, which has been marked by repeated violent military assaults by the Israeli occupation forces.

The next step will be for the Prosecutor to notify concerned states as to the existence of the investigation. When the Prosecutor submits an application for the issuance of a warrant of arrest or summons to appear, Israel or Palestine as states with jurisdiction, or individual  suspects may submit legal challenges requiring the Court to again consider questions of territorial jurisdiction.

Palestine or Israel may also inform the Court that they currently are, or already have, undertaken the necessary criminal investigations. In such a case the Prosecutor may defer to the State’s own proceedings, since the ICC is supposed to “complement” national proceedings. As the Israeli judicial system has consistently authorised as legitimate all conduct around the illegal settlement enterprise, there is no question but that Israel is both unwilling and unable to undertake the type of investigations and prosecutions as foreseen by the Court. Similarly, in the cases of the killing, unlawful detention, or torture of Palestinians by Israeli forces, Israel has consistently failed to undertake genuine investigations. As noted by Amnesty International: ‘In the absence of independent and credible domestic investigations, an ICC investigation is the only way for Palestinians and Israelis to access truth, justice and reparations. We call on all governments to offer their full support to the ICC as it takes the next steps towards accountability, including by standing up to powerful states who try to shield perpetrators from the full scrutiny of the international community.’

In investigating the Situation in Palestine, the Office of the Prosecutor is likely to be subjected to significant political pressure, beyond even the sanctioning of individual ICC staff in 2020 by the United States, and it is incumbent on all states to support the Court and its judicial and prosecutorial independence. While certain states have negatively reacted to the Decision by denying the existence of the State of Palestine, the conclusion of the Pre-Trial Chamber is in keeping with the legal and political understanding of the vast majority of the world’s states, and as a matter of law and custom aligns with the State of Palestine’s membership of UN organisations such as UNESCO, and with the State of Palestine’s ongoing engagement with UN human rights treaty bodies such as the Committee on the Elimination of Racial Discrimination.

The Pre-Trial Chamber affirmed, that as with all other Situations before the Court, all States Parties are under the obligation to cooperate with the Court. This will likely raise the ire of states such as Canada, which responded to the decision by restating its position that it ‘does not recognize a Palestinian state and therefore does not recognize its accession to international treaties, including the Rome Statute of the International Criminal Court.’ Similarly, Australia also reiterated that it does not recognise ‘a ‘State of Palestine’, and, expressing ‘deep concern’s’ with the decision of the Pre-Trial Chamber, stated that ‘The International Criminal Court should not exercise jurisdiction in this matter.’ Germany was among the states, including Austria, Australia, Brazil, Czech Republic, Hungary, and Uganda, which submitted legal opinions to the Pre-Trial Chamber in the Spring of 2020, arguing that the Court should not exercise jurisdiction over Palestine. These states sought to argue that Palestine was not a state under international law, a claim again made by Germany’s Foreign Minister who responded to the Decision by stating that ‘the court has no jurisdiction because of the absence of the element of Palestinian statehood required by international law’.

While the Decision of the Pre-Trial Chamber is somewhat cautious as to the nature of Palestine statehood in general terms, the claims made by Germany and others have been totally rejected by the Pre-Trial Chamber as unfounded. In persisting to deny the existence of the State of Palestine, and subjecting their recognition of Palestine on the conclusion of non-existent ‘peace negotiations’ with an Occupying Power intent on annexing further Palestinian territory, states such as Canada, Australia, and Germany, in advocating against the ICC exercising its jurisdiction over the situation in Palestine, are actively working to extinguish the legal rights of Palestinians. Palestinian civil society has been critical of the non-binding 2019 Resolution adopted at the Bundestag, which dangerously conflates the Boycott, Divestment, and Sanctions movement with anti-Semitism, and which contradicts principles of international law, particularly the right to freedom of expression, opinion and association, Germany’s obligations as a third State party, and further reduces the already shrinking space for civil society working on Palestinian rights.

It is likely that Palestinian human rights advocates, as well as those internationally who support the application of the rule of law to the Situation in Palestine, will be subject to further negative pressures. Palestinian civil society is routinely faced with hostile measures of collective punishment from Israel, characterised by a climate of fear caused by protracted campaigns of smears and death threats  designed to undermine and deter Palestinian engagement with the Court. Direct and indirect threats from Israel and the United States continue in the form of the United States Executive Order 13928, intended in part to obstruct the pursuit of Palestinian justice at the ICC, and amounting to an egregious politicisation of the Court and an “unprecedented attack … against the Court, the Rome Statute system of international criminal justice, and the rule of law”.

As Michael Lynk has stressed: ‘in the context of Israel’s protracted occupation, the international community has permitted a culture of exceptionalism to prevail. Had international legal obligations been purposively enforced years ago, the occupation and the conflict would have been justly resolved and there would have been no need for the ICC process.’ In acknowledging the Pre-Trial Chamber’s Decision, Al-Haq stated that ‘after seventy years of ongoing Nakba, Palestinian victims of Israel’s international crimes are one step closer to having their rights vindicated by the International Criminal Court.’ It is now imperative that the international community support the Court’s work in tackling impunity, and in deterring the commission of ongoing and future crimes in Palestine.

Dr. Michael Kearney is a Legal Researcher at Al-Haq