Deal of the Century: The American-Israeli Plan to eliminate the Palestinian Question 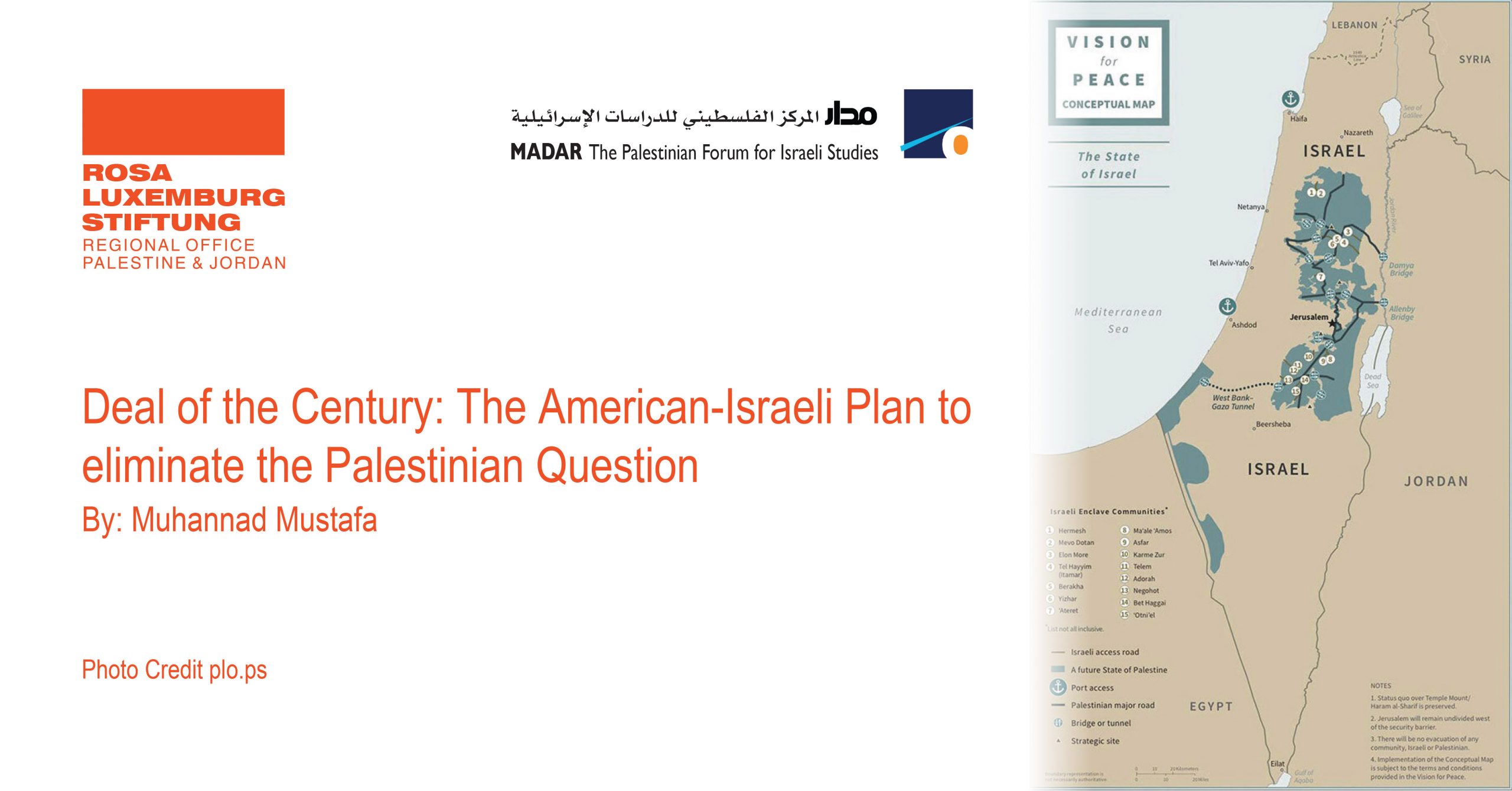 This study is part of Madar’s Journal ” Qadya”, issue # 77, translated by Muna Abu Baker.This paper discusses Israeli policies to conclusively resolve the Palestinian cause after the United States announced its settlement plan (“Peace to Prosperity” or more colloquially the “Deal of the Century”).[1] In recent years, and especially after the election of Donald Trump as president in 2016, the Zionist project led by Benjamin Netanyahu and the right has focused on resolving (or eliminating) the Palestinian cause, both politically and on the ground. The US plan is consistent with the Israeli approach to resolve the Palestinian issue, but in some respects even goes beyond the Israeli consensus; it proposes dimensions that were not a priority in the Israeli debate regarding the final resolution. The US plan reflects the political and moral surrender of the Palestinian national movement.