An interview with Saleh Hijazi, director of the Amnesty International office in Jerusalem

“Human Rights Violations Are Getting Worse” 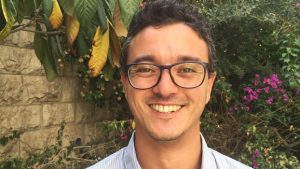 How would you describe the current human rights situation in the Occupied Palestinian Territories?

What we have in the Occupied Palestinian Territories is an Israeli system of institutionalized oppression and discrimination that has been developing since the occupation started in 1967 to this day. This system can be seen in patterns of unlawful killings that go without anyone being held to account, a pattern of forced displacement of Palestinian families, systematic abuse of the rights of children who get arrested (often violently) in the middle of the night by the military and are tried in front of military courts.

For children who do not go through these monstrous experiences their lives are still unfortunately defined by violence and fear. Practices such as administrative detention and punitive home demolitions extend very deep into Palestinian family life. The life of Palestinian families is an endurance test of collective punishment where it is hard to get to work, school, university, or hospital. This is the situation now. At the heart of it all is the Israeli settlement project. You have this system of institutionalized discrimination and oppression that basically serves the advancement of the Israeli settlement project.

Looking at all the violations that the Palestinians face on the other side, there are the settlements. Although the establishment of settlements means a violation of international humanitarian law, and according to the Rome Statue they are war crimes, you see houses being built not demolished, you see schools developed not dismantled, you see settlers moving around freely inside the settlements and in Israel, sometimes through segregated roads that Palestinians cannot use. They get incentives to develop their businesses; they have access to natural resources around them. Children are protected as they should by civil law rather military law—civil law that actually stops short when settlers attack Palestinians or their properties. So there is entrenched oppression and discrimination that basically is just there to foster a war crime. That is the general context.

As Amnesty International you are continuously reporting to decision makers, governments, and civil societies. How is the reaction to your reports from the Israeli side?

As part of our policy we do reach out to Israeli authorities, we share our concerns and findings with them and also pose questions. The Israeli authorities do not engage with us. The last time Amnesty International had a meeting with an Israeli official was in 2012. From then until now it seems to be Israeli policy not to engage with Amnesty International, but rather to attack us after a report comes out, as we have seen recently after we put out a report on 31 January this year on the role of online booking companies like TripAdvisor, AirBnB, Expedia, and booking.com in the Israeli settlement enterprise. Following the report we received a very aggressive reaction from Israeli ministers, some of whom threatened to kick Amnesty International out of the country, and do not allow any foreign Amnesty International staff of to enter. This is the usual reaction, but this is also typical for other governments globally whenever you criticize them. They claim that it is biased, that it is not independent, instead of engaging with us genuinely and responsibly on the claims and allegations we put forward.

The main patterns of human rights violations by the two Palestinian authorities in the West Bank and Gaza Strip are violations of the right of freedom of expression, freedom of assembly, and the right to be free from torture. We unfortunately also see patterns where dissidents who oppose the authorities or are critical towards the authorities are targeted with these violations. At Amnesty International we have been addressing this systematically since the internal Palestinian infighting of 2007. Most recently, for example, there was a massive crackdown in Gaza after people got together to protest against their living conditions. Although they were not criticizing Hamas alone, they also criticized the Palestinian authorities in the West Bank and Israel, which is primarily responsible for the population in Gaza given that it is the occupying power which has been imposing a military blockade for over twelve years now. But Hamas saw it as a threat and launched a brutal crackdown against the protests. The authorities in Gaza used arbitrary arrest, excessive force, and torture against demonstrators, journalists, and human right defenders who were on the ground monitoring and documenting the situation.

Who is responsible for the human right violations in the West Bank and Gaza Strip?

Israel is the occupying power and has primary responsibility over the two areas and the Palestinian population within. Israel is also responsible for the majority and a wide range of human rights violations suffered by the Palestinians. But the Palestinian authorities are also responsible for human rights violations of Palestinians. These are mostly perpetrated by the security forces, like the General Intelligence, the Preventive Security, and the police itself in the West Bank. Violations include the use of excessive force against demonstrators, arbitrary arrests, or using torture against the detained during interrogations, or even at the moment of arrest. In Gaza what we have seen recently is a combination of actors: the Hamas police force, forces belonging to the Ministry of Interior, but also Internal Security forces carry out mainly arrests of dissidents and others. The security forces in the West Bank report directly to the president, in Gaza they report to the Ministry of the Interior.

We report to them, and we make recommendations to funders of the Palestinian authorities in the West Bank that they must review security assistance to these forces until they are sure that they respect human rights. For example, a number of European states have established the EUPOLCOPPS, an institution that provides training and capacity building for the Palestinian police and supports programs for human rights that have been established for many years now. But what we see is no development at all—quite the contrary, we see human right violations getting worse, becoming more systematic. Here is complicity—when you are funding bodies that are carrying out human rights abuses. There is a responsibility of the donor states, especially EU member states, to take a step back when it comes to security assistance and send a clear message to the Palestinian authorities in the West Bank that it will not tolerate human right abuses being committed with its resources.

Human rights defenders are under growing pressure around the world. How would you describe the main challenges facing human right defenders in the Occupied Palestinian Territories?

It is many things. It is being able to carry out work on the ground, being free from legislative and administrative restrictions to carry out our mandate. I’ll give you two examples that happened to us. Last June my colleague was on the ground to monitor peaceful demonstrations calling for the Palestinian authorities in the West Bank to lift the sanctions on Gaza. As soon as he grabbed his phone to photograph somebody who has been arbitrarily detained and beaten, he himself was arbitrarily detained by two men in civilian clothes. They did not identify themselves, they beat him up and dragged him violently to a police car, where police in uniform continued to beat him outside of the car, then in the car. He remained detained for about eight hours before being released.

At least 52 other people went through this as well. So, there is a dangerous situation when you are working on the ground. The same is true when you monitor demonstrations against the Israeli occupation, its policies and settlements. The use of excessive force is the norm, even if it is not targeting human right defenders, journalists, or people who document it—because many times it is—they nevertheless get affected by it very much. Human rights defenders get killed and injured. There are also Palestinian Authority laws that restrict how civil society organizations are able to work and function. We, for example, are registered as a non-profit company to be able to receive money. According to law we need to get permission from the Ministry of Economy of the Palestinian Authority, which we see as a great restriction on our work. The situation is that you have it coming from both sides, the Israeli and the Palestinian side. Case in point here is the human rights defender Issa Amro, who is now facing two trials at the same time. One in the Israeli Military Court, where he faces twelve charges basically for carrying out his nonviolent activism. We believe all of them must be dropped. He is also facing trial in a Palestinian court for expressing his views in a Facebook message criticizing the authorities for arresting a journalist. Issa is a very good example of a human rights defender who believes in peaceful activism being persecuted by two authorities at the same time.

You have the answer in your question. They must live up to their obligations according to international law. The State of Palestine is now party to the majority of human rights treaties, such as the International Covenant on Civil and Political Rights, and according to international law is now obliged to respect and promote human rights. We call on the new Prime Minister Mohammad Shtayyeh to reverse the trends that have emerged in recent years. As a first step they should respect freedom of expression, freedom of assembly, and completely stop torture. Palestine signed onto the Optional Protocol to the Convention Against Torture in December 2017, which requires the establishment of a national monitoring body to look at detention centres. We think it is already too late, they should have been established as soon after they signed this optional protocol, but I think this is also one of the primary tasks of the new government. It is very important that they do that!

Saleh Hijazi is Head of the Jerusalem Office (Israel/Palestine) and MENA Deputy Regional Director for Amnesty International. The interview was conducted by Katja Hermann, head of the Rosa-Luxemburg-Stiftung’s West Asia Unit in Berlin. 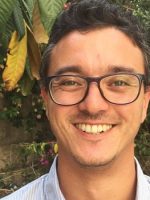